What Are The Latest Saitama Inu Price Prediction 2030 Crypto Lovers Are Making? Recently, there have been a lot of predictions going around about the Saitama Inu coin. This is for crypto lovers’ interest, for sure. The Saitama Inu price prediction 2030 is a topic of my interest right now. That is majorly because the trade for Saitama Inu is opening again on 31st May 2022.

I am excited about its launch. And I am sure those who have predicted using its previous statistics are equally thrilled to know about its future. So, let’s begin this blog post to know some of the latest studies on its price fluctuations.

Then, we can proceed to the topics about its future value and scope.

Currently, it’s ranked at 2882 as per the chart on Crowdwisdom. Its volume is about $4.06 million.

In May 2022, Saitama Inu fluctuated a lot. But it has also flattened straight out for about a week in between. From the last year, Saitama Inu’s price dipped by about 92 percent.

Ethereum dipped 44.9 percent. There have been similar dips in its close competitors. That is Shibu and BTC. These dips were around 63 percent and 36 percent.

Overall, from last year, many cryptocurrency values have dipped or reduced. This is due to COVID-19 impact on the global economy as well. Then, some countries speculate the norms and restrictions on cryptocurrencies and exchanges.

Because of that, there has been a massive shrink in the latest cryptocurrency values in the last 6 -12 months. However, the situation might improve when I talk about Saitama Inu’s price prediction 2030.

The Latest News on Saitama for Predicting its Value

The Saitama Inu coin is launching on 31st May 2022 again. It’s like version two of this coin. Cryptocurrency investors are rapidly talking about it. They have been trending the #SaitamaV2 tag on Twitter recently.

It shows that despite its fluctuation in the past year, the buyers’ interest is still intact. The buyers are looking forward to checking its trade value as it opens up again. The market cap rank has improved in the last week for this coin.

That is because of its news of relaunch. That’s why this news is rapidly impacting Saitama Inu’s price prediction for 2030 right now. In contrast, its Google search engine volumes have lowered along with its trade volumes.

But the social media sentiment is higher and fluctuating rapidly, as described in the Twitter example. Now, this could be because it’s yet another meme currency. And social media is famous for making meme currencies like DogeCoin famous.

Maybe, that’s what the Gen Z investors are looking forward to do with its relaunch. But we cannot be biased or have only a one-sided perceptive while calculating Saitama Inu price prediction 2030.

The Goodness of Saitama Inu Investment:

As per its recent predictions, I can recommend this coin to you to diversify your portfolio. This coin, right now, is not at a stable position. It’s not even growing as it should. But there is a lot of scope because of the vision and mission of its creators.

Saitama Inu coins do not seem to work like traditional ones. You cannot buy it with your real cash. First, deal in Ethereum and trade it for Saitama Inu later on.

Basically, it takes double the number of transactions to get to Saitama Inu. So, the user experience there might fluctuate a bit.

This wallet, SaitaMask, is launching soon too. It’s another step to making the Saitama Inu coin more stable if it has a wallet. That is one of the perceived values expected from regular cryptocurrency investors or spectators like me.

You will track your Saitama and other investments using this wallet. Then, it enables the wallet-owner to invest in NFT projects on the Saitama platform.

There will be more such utilities to consume with this wallet in the future. This will allow the Saitama Inu price prediction 2030 to rise or reach a stagnant level.

Currently, the main demographic to target for Saitama is Gen Z. That’s why its creators are focusing on developing Saitama platforms, marketplaces, and wallets at full speed.

These strategies will allow next-gen users to invest in the Saitama Inu coin more rapidly and transparently.

If they use Saitama Inu at multiple places, the predicted token value of this coin will naturally increase. Moreover, it is also focusing on developing a genuine Saitama community network.

This is where genuine content creators will upload their information on buy and sell options of Saitama Inu coins. They can upload similar content there.

Both content creators and consumers will earn rewards or knowledge. The loop of creating and learning will be very interesting to overview on Saitama platforms.

As per some online financial reports, the Saitama Inu price prediction 2030 will be slow, fluctuate a bit, and eventually stabilize.

Ultimately, cryptocurrency experts, especially on dog-based coins, recommend that you hold onto this coin. But only if you can afford to wait around and spectate.

Saitama Inu price prediction for the year 2030 is not easy to gauge at this moment. Multiple apps and cryptocurrency predictors are recommending to hold onto it.

But they cannot ignore that the coin value has been dropping by 3 percent on different days. That’s a huge number to drop in 24 hours for a new coin.

However, many wallets still accept launching and making this coin available. The platforms to test the currently available Saitama Inu coins include ZT, LBank, Uniswap, and MEXC.

Whereas Trust Wallet and MetaMask are two wallets to store these coins for further dealings. So, I would say that the dream of reaching $0.01 by 2030 is a far cry.

We can only predict right now. But it has to be stable. That’s unlike DogeCoin, stimulating and fluctuating in the market, impacted by Musk’s tweets. 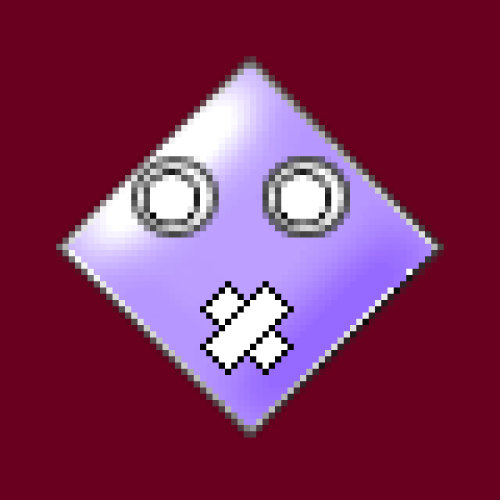